Its been a great month and a fruitful growth from these users. @venzam, @tphn, @lequiry and @venice24 – by the way, these guys are my closest colleagues and I am encouraging them to perform well in the steem blockchain. Ive been also watching them for a month now, its great to see these guys doing so well in this blockchain. Lets have a detailed look from their SteemPower growth. But first, I tell you why they are growing massively unlike my growth from last year.

My Growth was Slow from the month of February to May because of the following reasons.

Below are the Users with detailed report

Venzam is currently active at SteemHunt, he is a valuable Influencer – thanks to his efforts he now earns a lot and he is ready to build his own initiative and connect more users in the steem blockchain. Venzam is also active in Drugwars, and Steem Monsters. He is a risk-taker, he gambles his money to magic-dice. Although I wont recommend playing this game anymore because you will lose a lot of money, I already lost 500 worth of Steem. He also already knows how the Steem blockchain work, just what I expected from this smart guy. 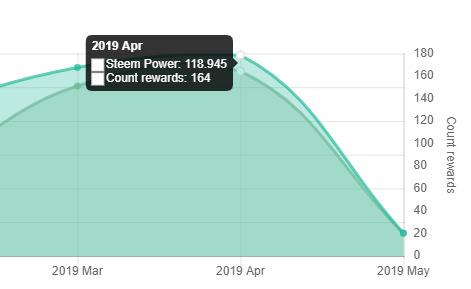 Earned over 100 SteemPower from April but slowly earning from April to May. Maybe because his hunt user score dropped dramatically, or he was dependent from the drugwars with fundition vote. Note: Please be advised that drugwars has a benefeciary cut of 45% from your post rewards. Unlike SteemHunt which has only 15% and for esteem 10%.

Lequiry is also active at SteemHunt, a great Drugwars spammer even tho he is not getting an upvote from fundition, (I dont know why). I already encouraged these users to use esteem app to post from their daily lifestyle. A great gambler, he lost too much from magic-dice. He is lazy but he is pushing his limits to play Drugwars and post twice or even thrice at SteemHunt. 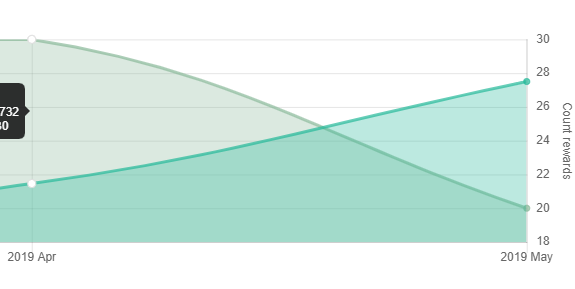 Lequiry’s growth is faster than mine from last year, as even for @venzam. Thanks to SteemHunt and Drugwars. He still has no idea how the blockchain works, not yet. Hes not really active in the community, he seems to just post some blogs and leave it there.

@tphn is not really an active user, but he knows how to post some blogs. He has so many ideas and questions about the Steem Blockchain. I know hes not earning that much, he has more allowance than his earning from Steem.

One of my colleagues. He created this account for a year now. He regrets that he did not post and blog at Steem a year ago. But now he is pushing to earn at SteemHunt.

Nothing much to say from this guy, he already knows what to do in SteemHunt. He posts twice daily, and posts at esteem. I also encouraged him to use the Partiko App.

Tip for you guys, play along with the blockchain tech. Do more research on how the blockchain works, or how the STEEM blockchain works. Follow the whales, dApp updates like SteemHunt, eSteem and others. There are so many ways to contribute in this platform, dont take it to seriously, just have fun. Save up some money, dont gamble it unlike @venzam. But it is your money anyways, dont blame me.

Challenge for you, if you reach 20 SP – 50 SP , I will be undelegating 50 SteemPower to make it still at 100 SP. But the checkings and reports will be monthly. If you are active for more than 2 months, I will be undelegating power and wait for your return. As for @venzam, because he is an influencer and he is loving the job that he has, I will continue to delegate at least 200SP. If you guys wanted to be an influencer for SteemHunt do this.

Always Enjoy the Journey! Happy May!